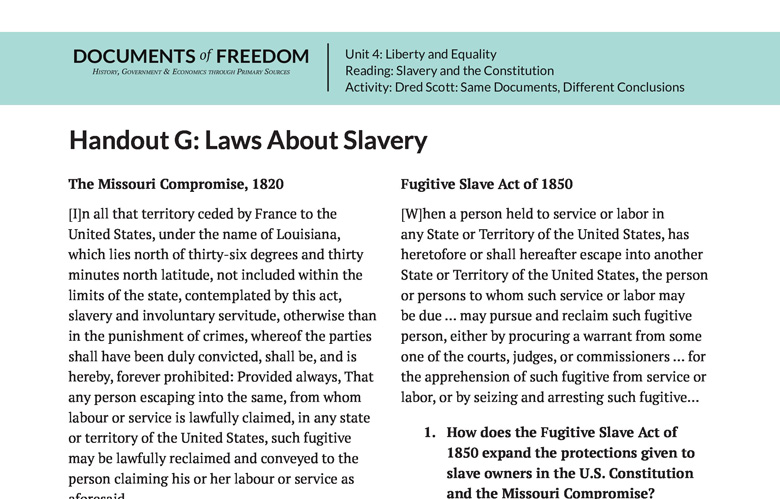 [I]n all that territory ceded by France to the United States, under the name of Louisiana, which lies north of thirty-six degrees and thirty minutes north latitude, not included within the limits of the state, contemplated by this act, slavery and involuntary servitude, otherwise than in the punishment of crimes, whereof the parties shall have been duly convicted, shall be, and is hereby, forever prohibited: Provided always, That any person escaping into the same, from whom labour or service is lawfully claimed, in any state or territory of the United States, such fugitive may be lawfully reclaimed and conveyed to the person claiming his or her labour or service as aforesaid.