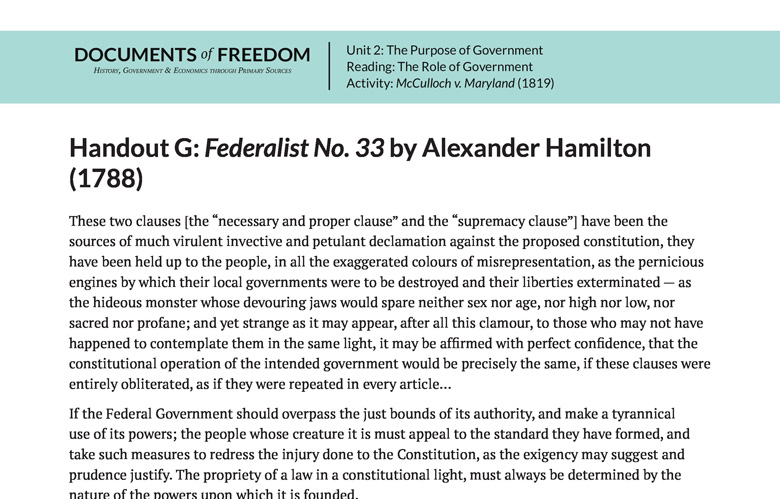 These two clauses [the “necessary and proper clause” and the “supremacy clause”] have been the sources of much virulent invective and petulant declamation against the proposed constitution, they have been held up to the people, in all the exaggerated colours of misrepresentation, as the pernicious engines by which their local governments were to be destroyed and their liberties exterminated — as the hideous monster whose devouring jaws would spare neither sex nor age, nor high nor low, nor sacred nor profane; and yet strange as it may appear, after all this clamour, to those who may not have happened to contemplate them in the same light, it may be affirmed with perfect confidence, that the constitutional operation of the intended government would be precisely the same, if these clauses were entirely obliterated, as if they were repeated in every article…

If the Federal Government should overpass the just bounds of its authority, and make a tyrannical use of its powers; the people whose creature it is must appeal to the standard they have formed, and take such measures to redress the injury done to the Constitution, as the exigency may suggest and prudence justify. The propriety of a law in a constitutional light, must always be determined by the nature of the powers upon which it is founded.