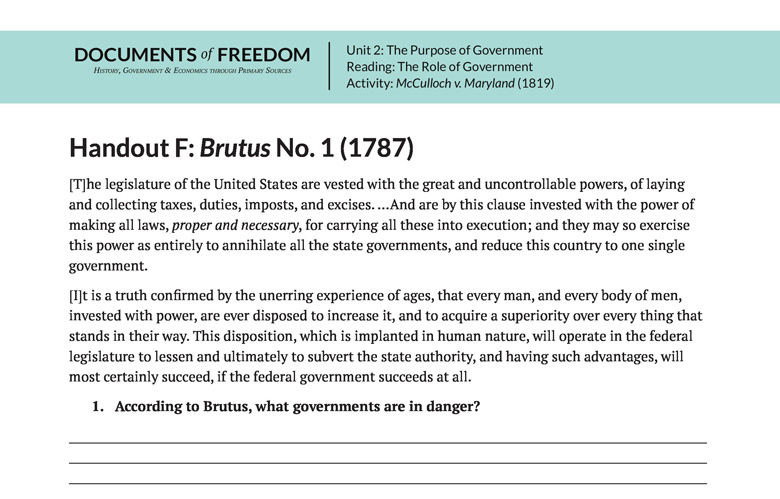 [T]he legislature of the United States are vested with the great and uncontrollable powers, of laying and collecting taxes, duties, imposts, and excises. …And are by this clause invested with the power of making all laws, proper and necessary, for carrying all these into execution; and they may so exercise this power as entirely to annihilate all the state governments, and reduce this country to one single government.

[I]t is a truth confirmed by the unerring experience of ages, that every man, and every body of men, invested with power, are ever disposed to increase it, and to acquire a superiority over every thing that stands in their way. This disposition, which is implanted in human nature, will operate in the federal legislature to lessen and ultimately to subvert the state authority, and having such advantages, will most certainly succeed, if the federal government succeeds at all.