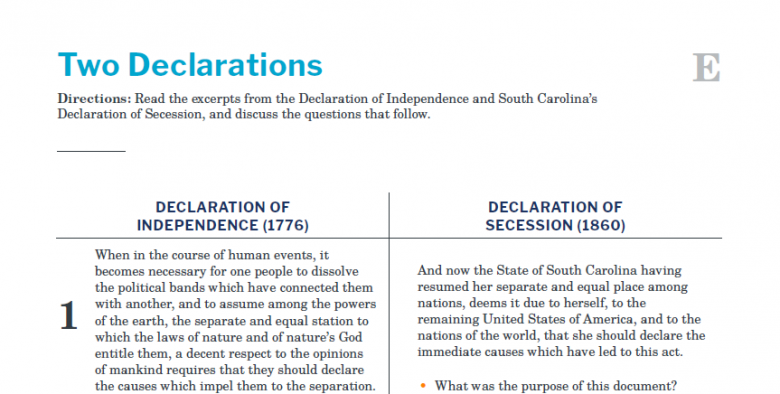 Directions: Read the excerpts from the Declaration of Independence and South Carolina’s Declaration of Secession, and discuss the questions that follow.