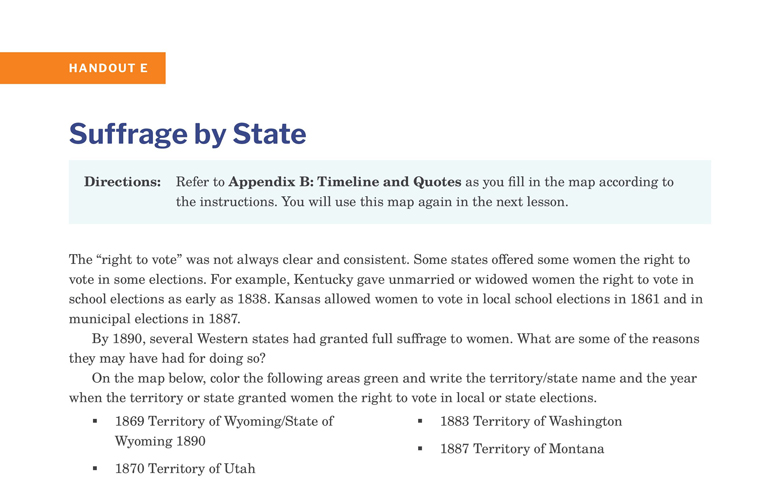 Refer to Appendix B: Timeline and Quotes as you fill in the map according to the instructions. You will use this map again in the next lesson.

By 1890, several Western states had granted full suffrage to women. What are some of the reasons they may have had for doing so?

On the map below, color the following areas green and write the territory/state name and the year when the territory or state granted women the right to vote in local or state elections 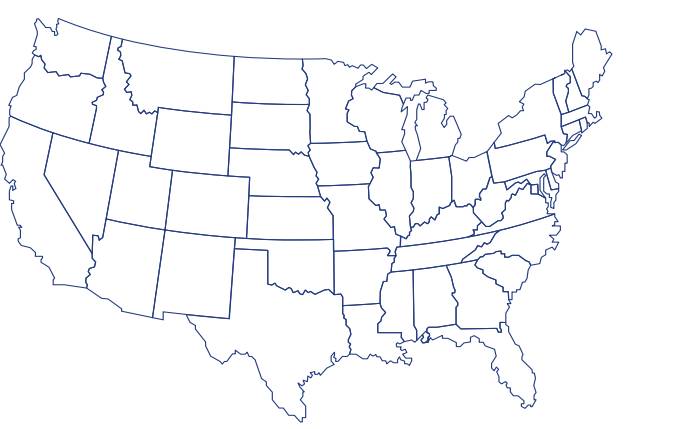