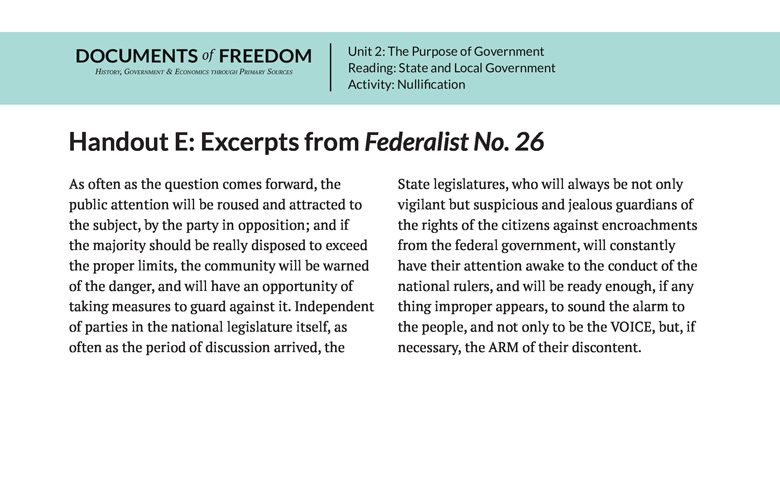 Handout E: Excerpts from Federalist No. 26

As often as the question comes forward, the public attention will be roused and attracted to the subject, by the party in opposition; and if the majority should be really disposed to exceed the proper limits, the community will be warned of the danger, and will have an opportunity of taking measures to guard against it. Independent of parties in the national legislature itself, as often as the period of discussion arrived, the State legislatures, who will always be not only vigilant but suspicious and jealous guardians of the rights of the citizens against encroachments from the federal government, will constantly have their attention awake to the conduct of the national rulers, and will be ready enough, if any thing improper appears, to sound the alarm to the people, and not only to be the VOICE, but, if necessary, the ARM of their discontent.