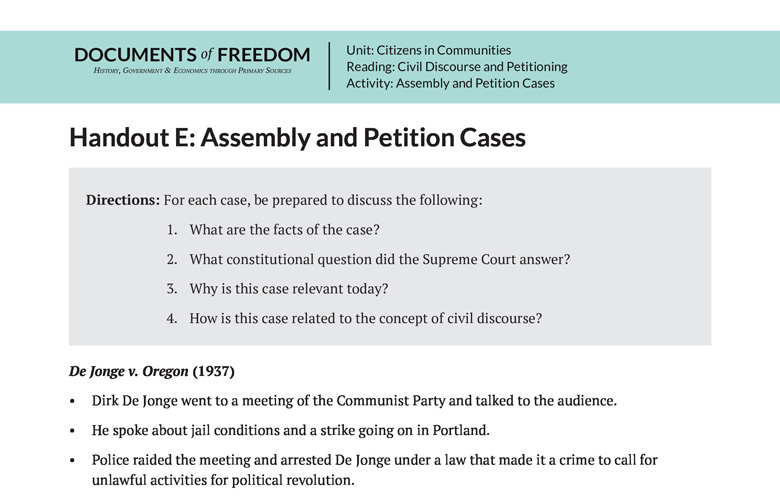 Directions: For each case, be prepared to discuss the following: