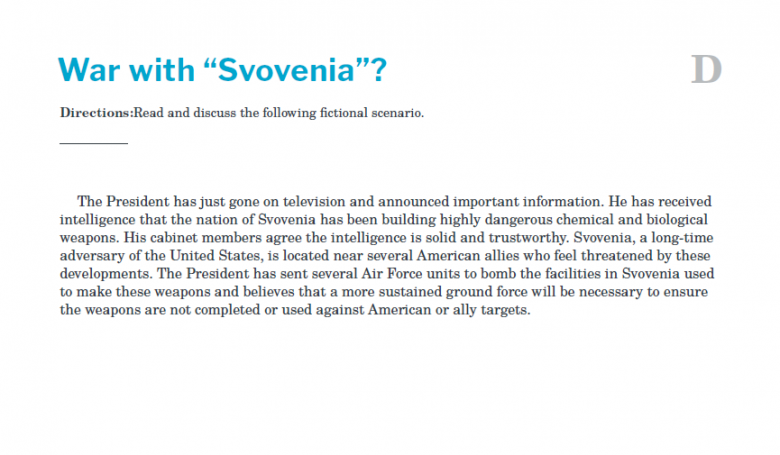 The President has just gone on television and announced important information. He has received intelligence that the nation of Svovenia has been building highly dangerous chemical and biological weapons. His cabinet members agree the intelligence is solid and trustworthy. Svovenia, a long-time adversary of the United States, is located near several American allies who feel threatened by these developments. The President has sent several Air Force units to bomb the facilities in Svovenia used to make these weapons and believes that a more sustained ground force will be necessary to ensure the weapons are not completed or used against American or ally targets.