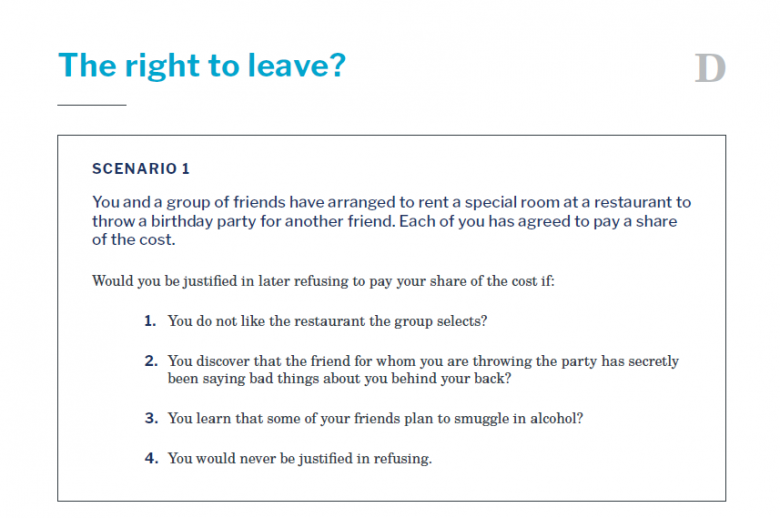 The Right to Leave?

You and a group of friends have arranged to rent a special room at a restaurant to throw a birthday party for another friend. Each of you has agreed to pay a share of the cost.

Would you be justified in later refusing to pay your share of the cost if:

You voluntarily joined your school’s track team and have been training to be part of the relay team. The state championship is a week away.

Would you be justified in quitting the track team if:

There have been several thefts and acts of vandalism in your neighborhood. Your neighborhood is far away from the nearest police station. Families in the neighborhood decide to hire a private security firm together, with every family paying a share of the cost.

Would you be justified in leaving this neighborhood association, ceasing to pay your dues, if:

Would you be justified in ending contact with your family if: