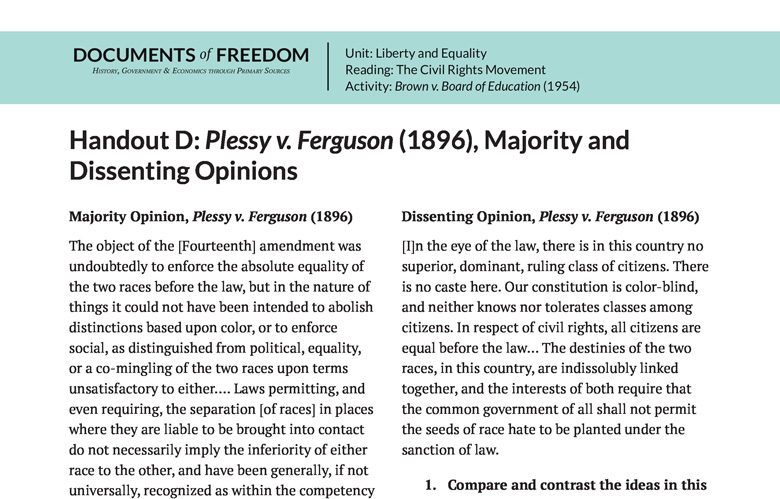 The object of the [Fourteenth] amendment was undoubtedly to enforce the absolute equality of the two races before the law, but in the nature of things it could not have been intended to abolish distinctions based upon color, or to enforce social, as distinguished from political, equality, or a co-mingling of the two races upon terms unsatisfactory to either.… Laws permitting, and even requiring, the separation [of races] in places where they are liable to be brought into contact do not necessarily imply the inferiority of either race to the other, and have been generally, if not universally, recognized as within the competency of the state legislatures in the exercise of their police power…

[I]n the eye of the law, there is in this country no superior, dominant, ruling class of citizens. There is no caste here. Our constitution is color-blind, and neither knows nor tolerates classes among citizens. In respect of civil rights, all citizens are equal before the law… The destinies of the two races, in this country, are indissolubly linked together, and the interests of both require that the common government of all shall not permit the seeds of race hate to be planted under the sanction of law.