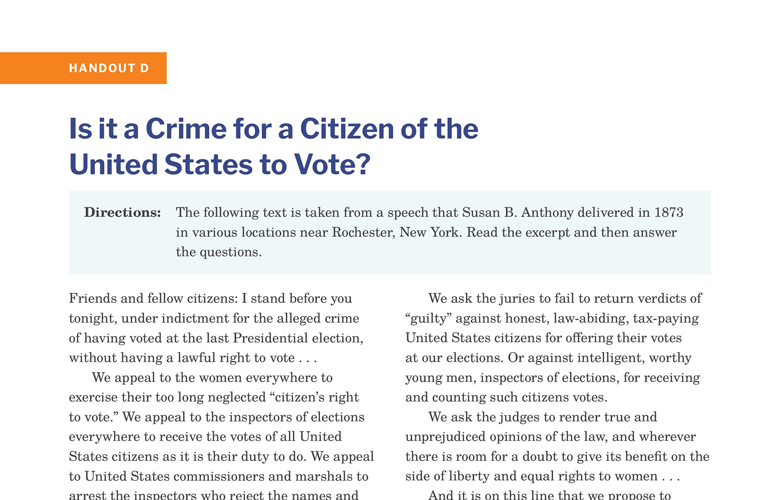 The following text is taken from a speech that Susan B. Anthony delivered in 1873 in various locations near Rochester, New York. Read the excerpt and then answer the questions.

Friends and fellow citizens: I stand before you tonight, under indictment for the alleged crime of having voted at the last Presidential election, without having a lawful right to vote . . .

We ask the juries to fail to return verdicts of “guilty” against honest, law-abiding, tax-paying United States citizens for offering their votes at our elections. Or against intelligent, worthy young men, inspectors of elections, for receiving and counting such citizens votes.

We ask the judges to render true and unprejudiced opinions of the law, and wherever there is room for a doubt to give its benefit on the side of liberty and equal rights to women . . .

And it is on this line that we propose to fight our battle for the ballot—all peaceably, but nevertheless persistently through to complete triumph, when all United States citizens shall be recognized as equals before the law.