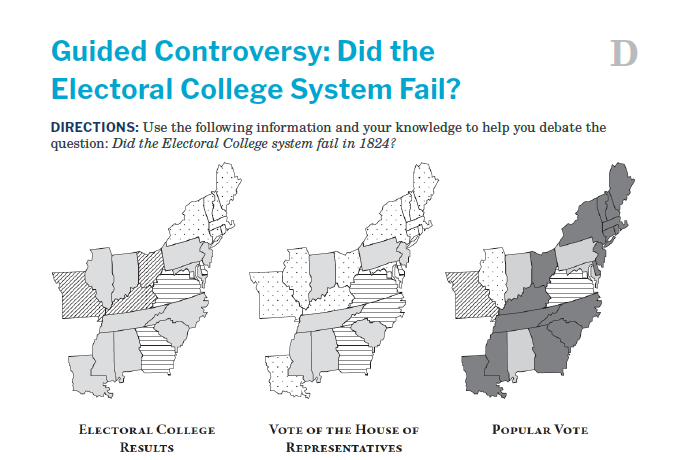 Directions: Use the following information and your knowledge to help you debate the question: Did the Electoral College system fail in 1824?

FACTS ABOUT THE ELECTION OF 1824