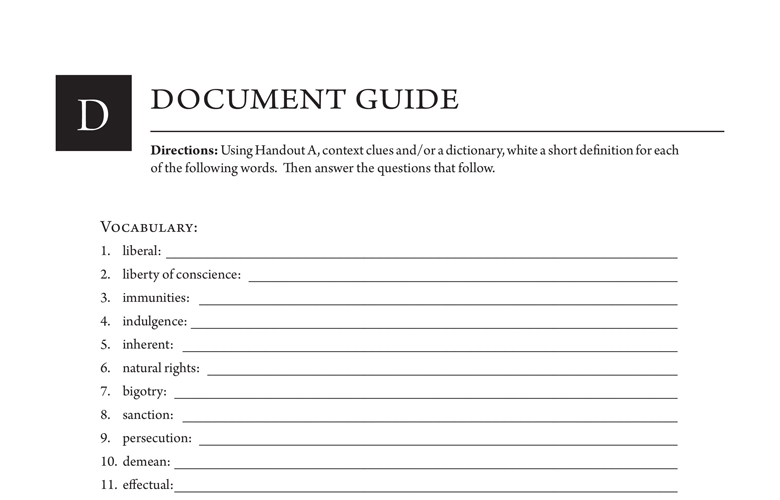 Directions: Using Handout A, context clues and/or a dictionary, white a short definition for each of the following words. Then answer the questions that follow.

Handout A: Defining Toleration and Liberty