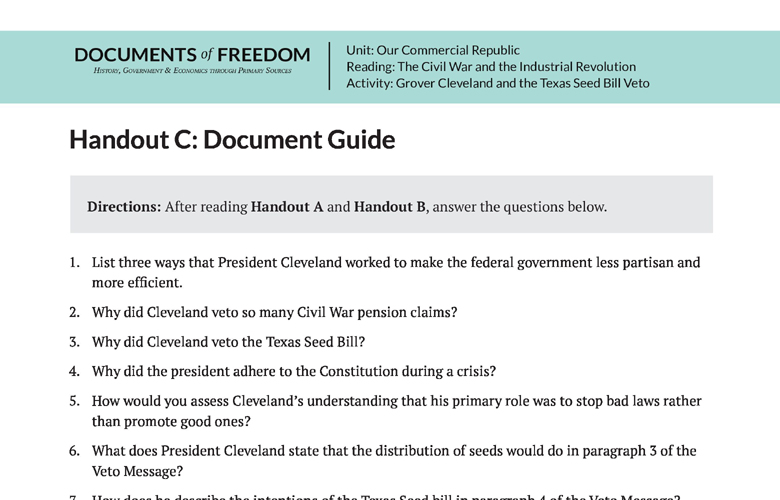 Directions: After reading Handout A and Handout B, answer the questions below.