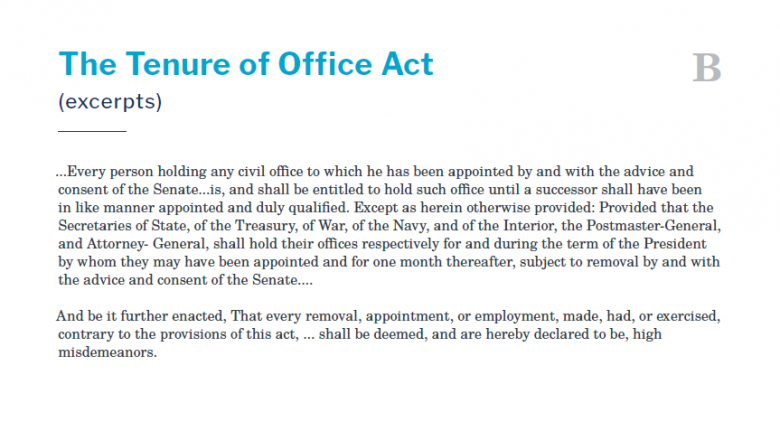 The Tenure of Office Act

…Every person holding any civil office to which he has been appointed by and with the advice and consent of the Senate…is, and shall be entitled to hold such office until a successor shall have been in like manner appointed and duly qualified. Except as herein otherwise provided: Provided that the Secretaries of State, of the Treasury, of War, of the Navy, and of the Interior, the Postmaster-General, and Attorney- General, shall hold their offices respectively for and during the term of the President by whom they may have been appointed and for one month thereafter, subject to removal by and with the advice and consent of the Senate….

And be it further enacted, That every removal, appointment, or employment, made, had, or exercised, contrary to the provisions of this act, … shall be deemed, and are hereby declared to be, high misdemeanors.