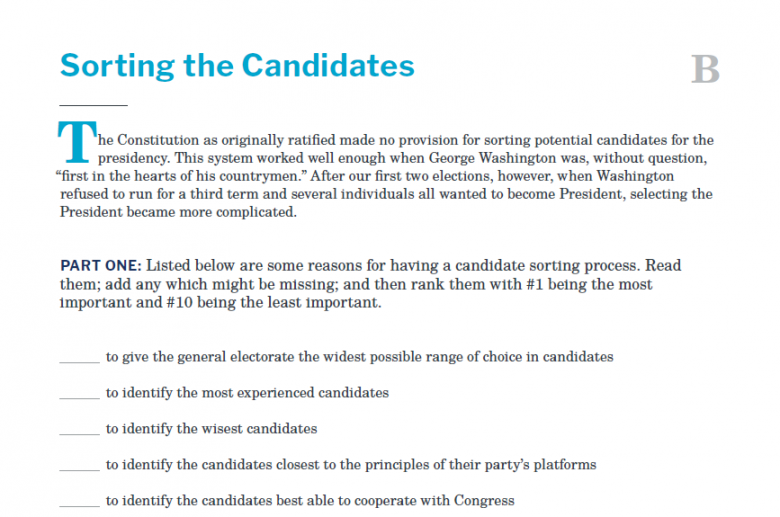 The Constitution as originally ratified made no provision for sorting potential candidates for the presidency. This system worked well enough when George Washington was, without question, “first in the hearts of his countrymen.” After our first two elections, however, when Washington refused to run for a third term and several individuals all wanted to become President, selecting the President became more complicated.

PART ONE: Listed below are some reasons for having a candidate sorting process. Read them; add any which might be missing; and then rank them with #1 being the most important and #10 being the least important.

PART TWO: How well do political parties accomplish these goals?