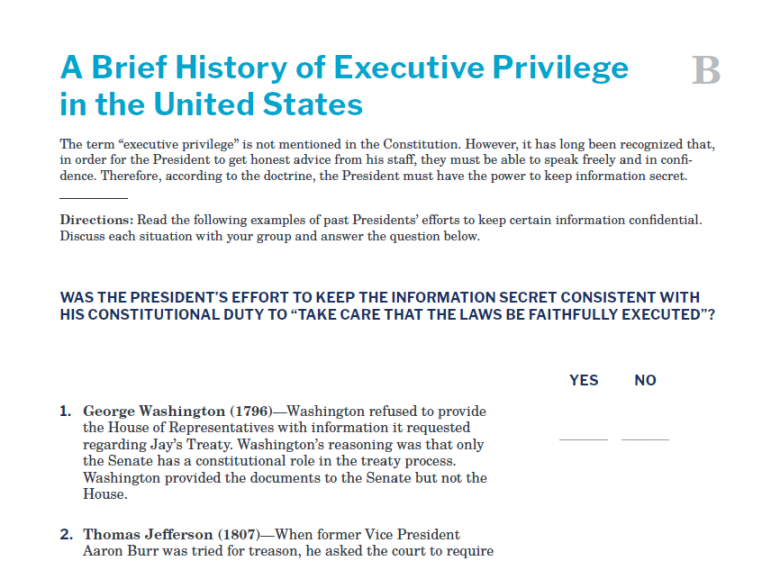 A Brief History of Executive Privilege in the United States

The term “executive privilege” is not mentioned in the Constitution. However, it has long been recognized that, in order for the President to get honest advice from his staff, they must be able to speak freely and in confidence. Therefore, according to the doctrine, the President must have the power to keep information secret.

Directions: Read the following examples of past Presidents’ efforts to keep certain information confidential. Discuss each situation with your group and answer the question below.

WAS THE PRESIDENT’S EFFORT TO KEEP THE INFORMATION SECRET CONSISTENT WITH HIS CONSTITUTIONAL DUTY TO “TAKE CARE THAT THE LAWS BE FAITHFULLY EXECUTED”?

After considering these historical situations, work with your group to compose a rule that defines in what cases the use of executive privilege is consistent with the Constitution.