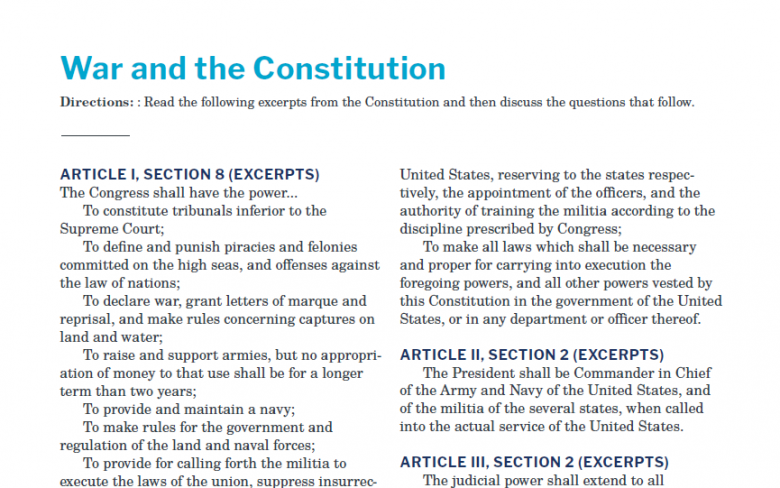 War and the Constitution

Directions: Read the following excerpts from the Constitution and then discuss the questions that follow.

The Congress shall have the power…

The judicial power shall extend to all cases, in law and equity, arising under this Constitution, the laws of the United States, and treaties made, or which shall be made, under their authority.