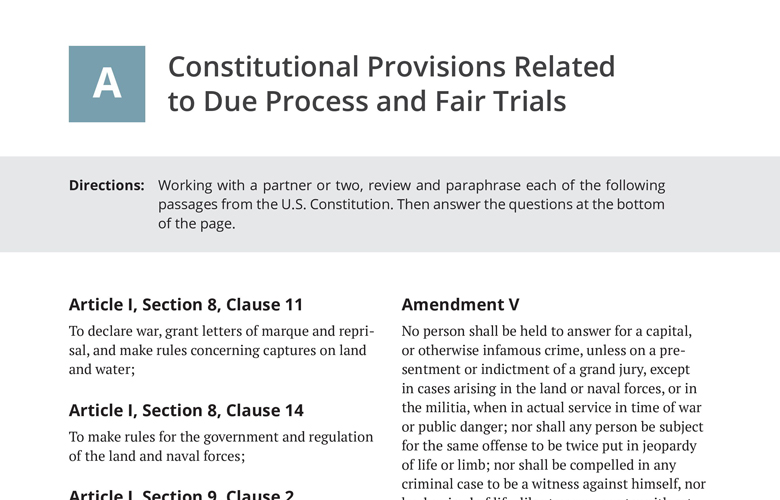 Handout A: Constitutional Provisions Related to Due Process and Fair Trials

Directions: Working with a partner or two, review and paraphrase each of the following passages from the U.S. Constitution. Then answer the questions at the bottom of the page.

The privilege of the writ of Habeas corpus shall not be suspended, unless when in cases of rebellion or invasion the public safety may require it.

The trial of all crimes, except in cases of impeachment, shall be by jury; and such trial shall be held in the state where the said crimes shall have been committed; but when not committed within any state, the trial shall be at such place or places as the Congress may by law have directed.