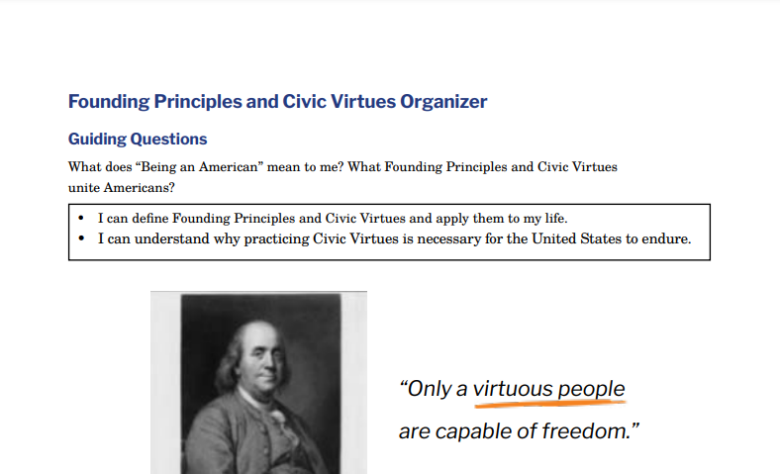 Guiding Questions: What does “Being an American” mean to me? What Founding Principles and Civic Virtues unite Americans?

“Only a virtuous people are capable of freedom.” —Benjamin Franklin

The Founders established a republic with representative self-government based upon the consent of the governed and constitutional protections of liberty. This means that the people are the ultimate authority and create a government with representatives chosen by them to govern. The Founders believed that a self-governing people needed to practice civic virtues in order for a republican government and society to endure. Civic virtues bind free individuals into a community that is united by the spirit of a common purpose and an interest in the common good.