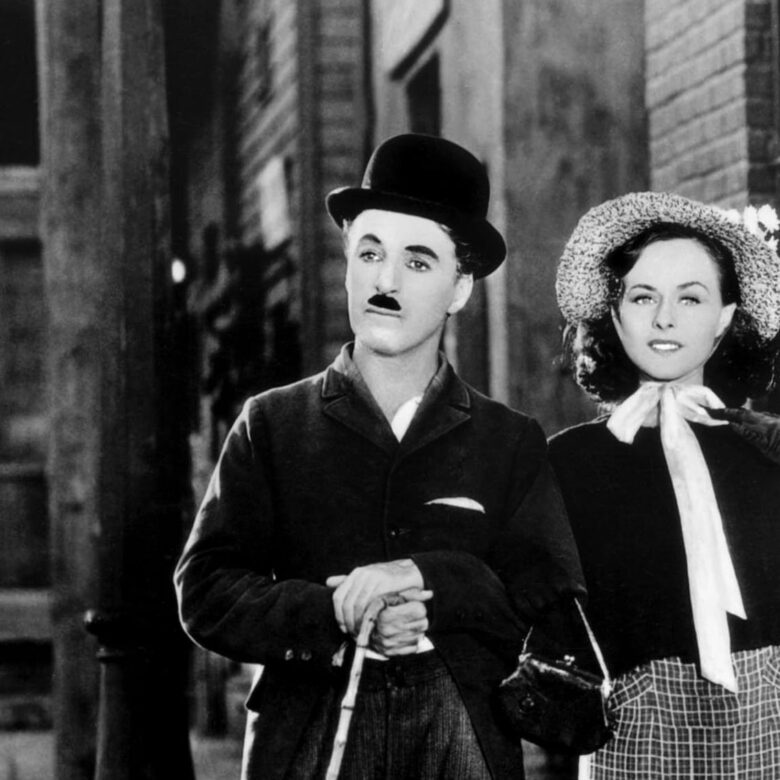 In the nineteenth century, traveling shows and circuses entertained Americans. Troops of performers crisscrossed the nation regularly, bringing a variety of diversions such as singers, comedians, jugglers, dancers, animal acts, acrobats, and plays. As the technology of cameras, film, and projection progressed in the late nineteenth century, the “motion picture” was born, with the first silent film shown to a paying audience in Paris, France, in December 1895. “Silent films” were accompanied by live sound effects and in-house music, typically a piano or organ. Title cards occasionally interrupted a film’s ongoing action to provide brief bits of dialogue or to explain events. For a few cents, even those with little money to spare could escape via this new form of entertainment. As the popularity of motion pictures increased, film stars like Charlie Chaplin gained international fame. As the movie industry grew, its impact on culture did as well. Actors became more important as fans began to follow not only the careers of favorite performers like Chaplin but also their daily lives. Movie stars were part of the new star culture and mass consumerism as Americans idolized screen personalities.

The Kid (1921) was a silent film written, produced, and directed by Charlie Chaplin, and starring Chaplin in his iconic role as the Tramp. The Tramp was a well-meaning but bumbling character with a distinctive moustache, ill-fitting clothes, a bowler hat, and cane. As the Tramp, Chaplin was able to make audiences laugh and cry while sympathetically portraying the difficulties of the poor. In The Kid, the Tramp adopts an abandoned child(the Kid). When the Kid is older, he becomes the Tramp’s sidekick, breaking windows so his adopted father can find work repairing them. When the authorities learn the Tramp is not the Kid’s father, they attempt to take him away to an orphanage. Like The Kid, many of Chaplin’s films provided social commentary, most notably Modern Times (1936) and The Great Dictator (1940). Chaplin was presented with an honorary Oscar in 1972 for “the incalculable effect he has had in making motion pictures the art form of this [twentieth] century.”

Watch this compilation of scenes from The Kid to see Charlie Chaplin in action.

Scenes from The Kid https://commons.wikimedia.org/w/index.php?title=File%3AThe_Kid_scenes.ogv