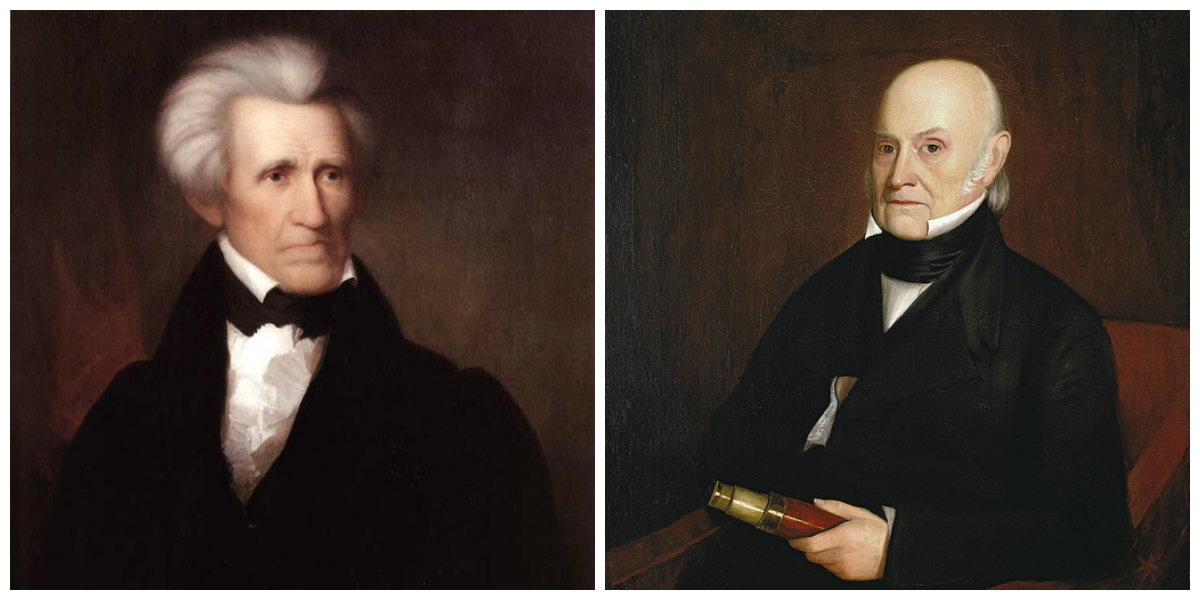 Four candidates vied for the presidency in 1824: Secretary of the Treasury William Crawford of Georgia, Speaker of the House Henry Clay of Kentucky, U.S. senator and former U.S. Army general Andrew Jackson of Tennessee, and Secretary of State John Quincy Adams of Massachusetts. Although all four men ran as National Republicans, they each represented different regional interests. No candidate secured the 131 electoral votes needed to win the election, though Jackson received the largest share of the popular vote. With no winner in the Electoral College, the election was thrown to the House of Representatives. The House elected John Quincy Adams, a result denounced by Jackson supporters as a “corrupt bargain” and which has led some historians to label the election of 1824 as one of the most contentious and controversial elections in U.S. history.