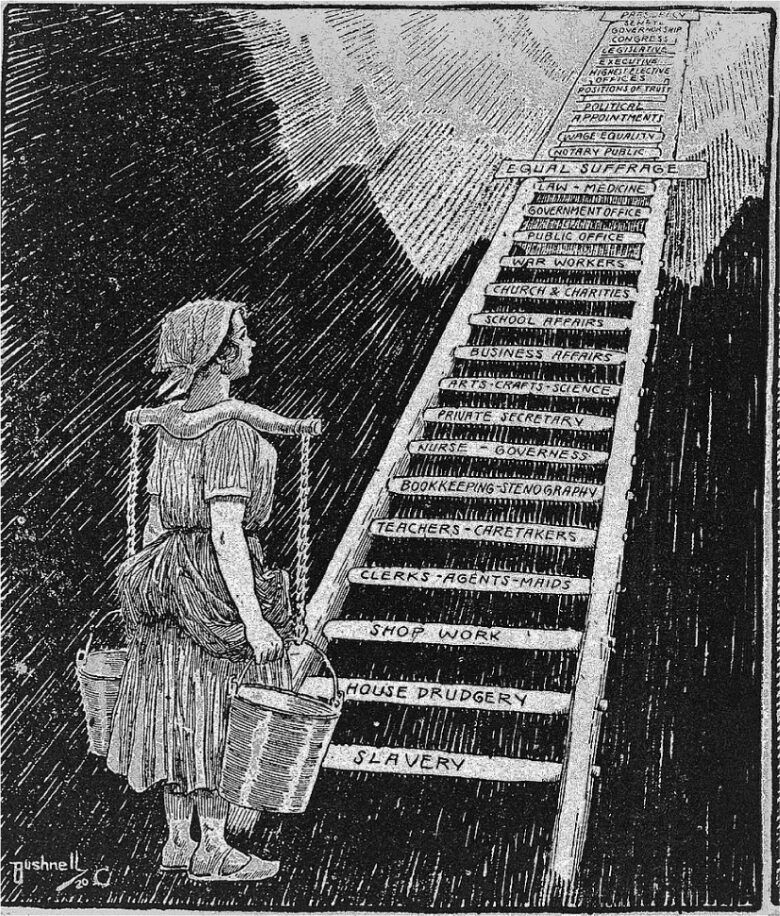 In 1848, 100 men and women of the 300 attendees at the Seneca Falls Convention signed a document proclaiming certain truths to be self-evident: “that all men and women are created equal; that they are endowed by their Creator with certain inalienable rights. . . ” The ninth resolution in this document, the Seneca Falls Declaration of Sentiments and Resolutions, demanded the right to vote for women. However, it took another 72 years of determined struggle for the guarantee of women’s suffrage to be added to the U.S. Constitution with the Nineteenth Amendment, adopted on August 26, 1920. In her speech upon the adoption of the Nineteenth Amendment, suffragist Carrie Chapman Catt stated: “The vote is the emblem of your equality, women of America, the guaranty of your liberty. That vote of yours has cost millions of dollars and the lives of thousands of women. . . Women have suffered agony of soul which you never can comprehend, that you and your daughters might inherit political freedom. That vote has been costly. Prize it! The vote is a power, a weapon of offense and defense, a prayer. . . Use it intelligently, conscientiously, prayerfully. Progress is calling to you to make no pause. Act!”

The artist whose work is depicted in Figure 1 is Elmer Andrews Bushnell. Bushnell maintained a long career as a newspaper cartoonist, working for the New York World, the New York Journal, and newspapers in several different cities in Ohio. His political cartoons were reputed to have helped bring down the Cincinnati political machine of George B. Cox. Study Bushnell’s work at the provided link to consider what he believed were the obstacles to women’s suffrage.

Starting from the lowest rung, these are the steps on the ladder: