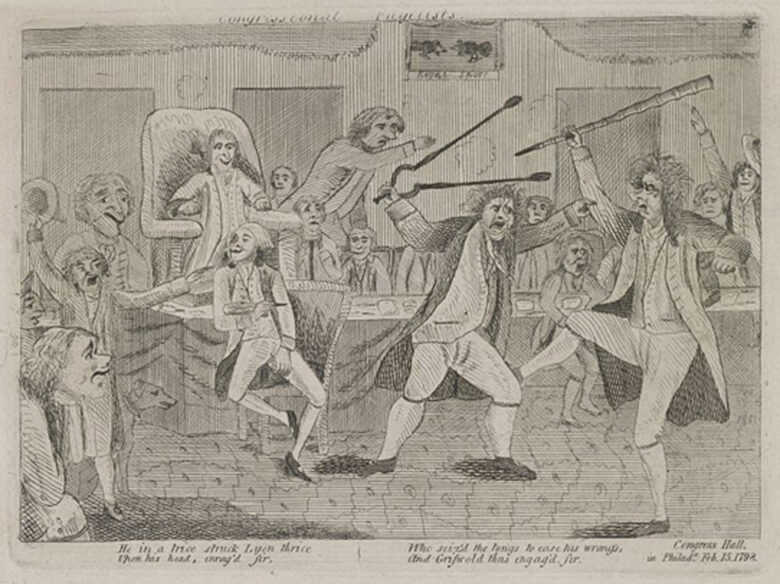 On March 2, 1797, the Directory of France, angered over the Jay Treaty between the United States and Great Britain, authorized French warships to seize neutral American vessels. President John Adams responded by calling for a naval buildup and the creation of a provisional army to mobilize the country for war. Congress agreed, and the undeclared Quasi-War with France had begun. Adams’s attempts at a peaceful solution resulted in the scandalous XYZ Affair. The ensuing foreign policy crisis created a highly partisan atmosphere between the Federalists and Jeffersonian-Republicans. The title of this 1798 cartoon refers to a fight in Congress between Vermont Representative Matthew Lyon, a Jeffersonian-Republican, and Roger Griswold of Connecticut, a Federalist, inside Congress Hall in Philadelphia (a pugilist is a boxer). The fight allegedly began when Griswold insulted Lyon. In this image, Griswold, armed with a cane, kicks Lyon, who grasps the former’s arm and raises a pair of fireplace tongs to strike him while other members of Congress look on. The image is dated February 15, 1798.