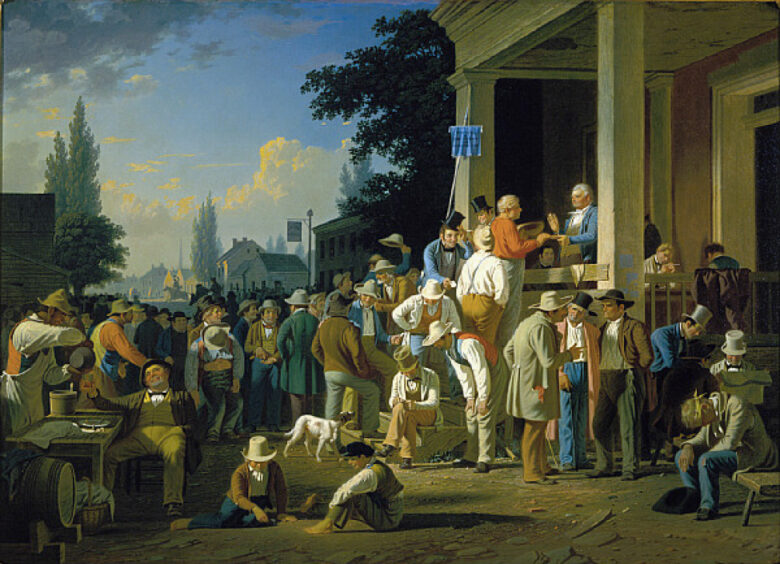 Beginning in the late 1840s, Missouri artist George Caleb Bingham created a series of paintings illustrating American democracy. Bingham belonged to the Whig party and, in addition to being an artist, held numerous offices and political appointments throughout the middle of the nineteenth century. The scene in The County Election Figure 1 depicts a group of men coming together to cast their votes on Election Day in Saline County, Missouri, in 1850. The artist himself ran for office in this election and lost. He painted himself sitting at the bottom of the stairs, looking down at what may be a ballot. His opponent, who ultimately was the winning candidate, is tipping his top hat near the top of the stairs of the building in the foreground; the banner on the wall behind him reads: “The will of the people the supreme law.” The hotel sign in the background reads “Union Hotel.” Look carefully at the painting for several minutes before answering the questions that follow.