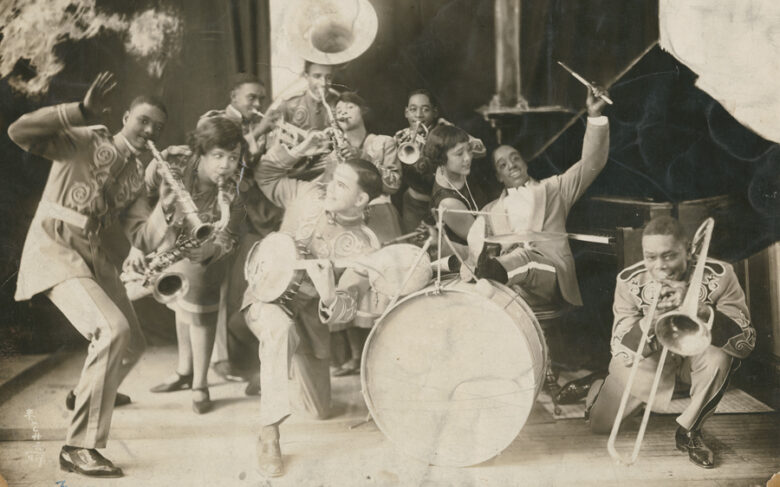 Among the many inventions that began to be mass produced during the 1920s, the radio was one the most influential. The rise of mass media in American society affected the nation in a variety of ways. Businesses could advertise their products to a wider audience, communication across the nation became easier, and Americans had access to a new form of entertainment. In the 1920s, families could gather around the radio to listen to plays, quiz games, various types of live and recorded music, comedy shows, sports, news broadcasts, and more. The radio also helped popularize jazz music. Jazz had its origins in the ragtime and blues styles that emerged in the late nineteenth and early twentieth century. Jazz drew on the musical traditions of formerly enslaved men and women and its roots were cultivated in the African American community in New Orleans. Jazz musicians traveled north to perform in clubs and exposed a wider audience to jazz, but the radio brought jazz music into any American home that wanted to listen.