While there were a variety of factors that led to the end of the Cold War, no one can deny that Ronald Regan played a pivotal role. For the final episode of our Cold War & the Presidency Series, BRI Staff Tony Williams is joined by Stephen F. Knott, professor of National Security Affairs at the Naval War College, as they discuss Reagan's moral vision of the Soviet Union and how it shaped his practical approach to confronting the Soviets. Why did he alter the policies of past presidents like détente and the containment doctrine? What impact did Reagan’s approach to the Cold War have on the American presidency and the end of the Cold War? 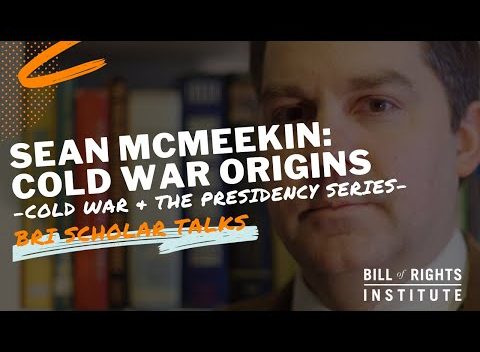 What factors contributed to the origins of the Cold War during the presidency of Franklin Roosevelt? Join us today for the first episode of our summer Scholar Talks miniseries, “Cold War & the Presidency.” BRI Senior Teaching Fellow Tony Williams is joined by Sean McMeekin, Professor of History at Bard College, as they discuss his new book, "Stalin's War: A New History of World War II." How did FDR’s presidential unilateralism and diplomatic relations with the Soviet Union shape executive power during World War II and for his successors during the Cold War? 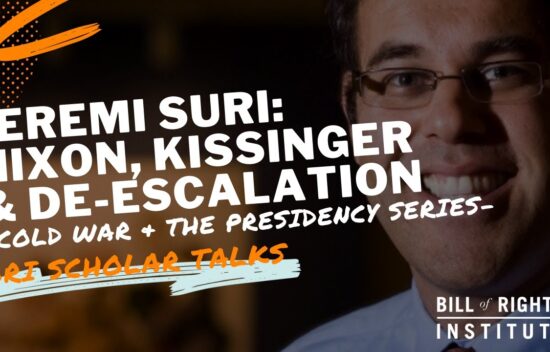 What next paths did President Richard Nixon and Henry Kissinger forge in American Cold War foreign policy? In this Cold War & the Presidency Scholar Talk, BRI Senior Teaching Fellow Tony Williams is joined by Jeremi Suri, Professor of History and Public Affairs at The University of Texas at Austin, to discuss how Richard Nixon and Henry Kissinger subverted Congressional oversight to achieve their Cold War agenda. What was different about their approaches from those of previous administrations? Should Nixon have been able to use so much presidential power to achieve peace? 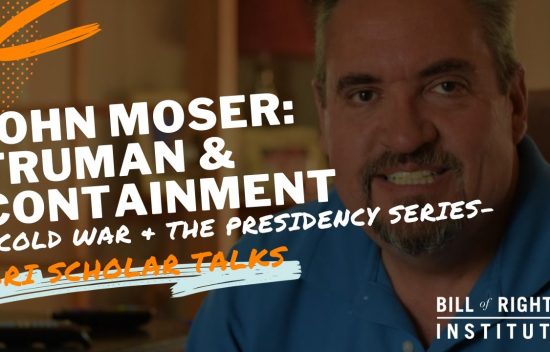 What was containment and how did it shape American foreign policy during the Cold War? In this Cold War & the Presidency Scholar Talk video, BRI Senior Teaching Fellow Tony Williams is joined by John Moser, Professor of History at Ashland University, to discuss the significant role that Harry Truman played in the Cold War. How did Truman's presidential unilateralism provide a precedent for his successors to fight major wars without a declaration of war? Did Truman’s expansive view of American foreign policy and global responsibilities align with constitutional principles? 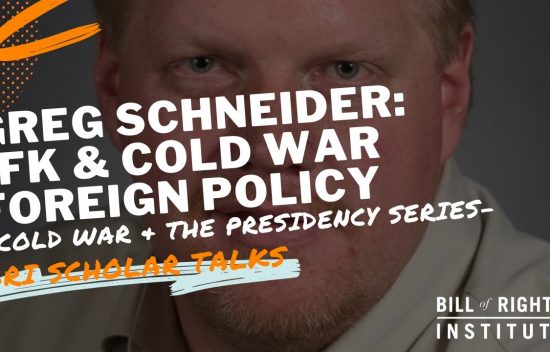 How did JFK respond to foreign policy crises during his presidency? In this Cold War & the Presidency Scholar Talk, BRI Senior Teaching Fellow Tony Williams is joined by Greg Schneider, Professor of History at Emporia State University, to discuss the significant role that John F. Kennedy played in the Cold War. Did JFK and his advisors experience growth in addressing Cold War conflicts? How did JFK continue Harry Truman’s approach of containment during his presidency?