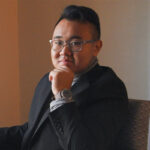 In Plato’s Republic Socrates articulates one of the most poignant and timeless objections to democracy. He presents the analogy of a ship and rhetorically asks if it would be wiser for the captain’s expertise or the passenger’s ignorance to guide the sails. Thousands of years later, the Founding Fathers considered that objection amongst many others when forming our republic. And, even now, many wonder if the American Revolution was mistaken. Did our founders place too much faith in the people?

The 2016 election highlighted many points of tension in our democracy, ranging from toxic passions to populist backlash against the elite. Most Americans, the data shows, have lost faith in the government to responsibly perform its duties – and for good reason. Socrates tempts us with the idea that the state should be governed by philosopher kings, individuals blessed with supreme expertise and wisdom. We, the people, have made everything too messy; but maybe thinkers of higher intellect and virtue can save us…

That temptation is why democracies die: the people cannot stand for their rights – either by chosen ignorance, neglected responsibility or suppression. American history is filled with times in which we violated our belief in the inalienable rights of all men (and women); when we betrayed freedom by only conveniently respecting it; when we turned our eye from the suffering of others.

The ideal of democracy, respecting the sovereignty of the individual and the people, has been obviously under threat for a long time.

Our modern struggle, however, seems to be the fatal allure of collectivism. We wish to be further apart and stratified into warring factions, ranging from categories of oppression to party loyalty. The patience that civil discourse and our democracy demands has been swept aside by violent spirits. The institutions and beliefs that planted us have also been upended without a cogent replacement.

Canadian Psychologist Jordan Peterson and even the prolific British thinker Douglas Murray have exposed this problem. Though both differ politically, they agree that a void has formed with the decline of Christianity in the West. The grand myth (or existential narrative) that once justified our place in the world as sacred beings in pursuit of the truth has been replaced by a whirlpool of relativism and resentment.

The students’ backgrounds are as various as America can provide. Some are religious, some atheists; some are to the Left, some to the Right… They are unified only in their relativism and in their allegiance to equality…They have all been equipped with this framework early on, and it is the modern replacement for the inalienable natural rights that used to be the traditional American grounds for a free society… The students, of course, cannot defend their opinion. It is something with which they have been indoctrinated… Civic education turned away from concentrating on the Founding to concentrating on openness based on history and social science. There was even a general tendency to debunk the Founding, to prove the beginnings were flawed in order to license a greater openness to the new… Liberalism without natural rights, the kind that we knew from John Stuart Mill and John Dewey, taught us that the only danger confronting us is being closed to the emergent, the new, the manifestations of progress. No attention had to be paid to the fundamental principles or the moral virtues that inclined men to live according to them… (emphasis added)

I am not suggesting a “Christian crusade”, but that we must return to the fundamental beliefs that created our nation – the inviolability of each person and their right to liberty. We must remember what Alan Bloom and various other thinkers have persuasively argued: liberty is not a supreme good, but one with a certain focus – to form a certain type of person. That is why we receive a civic and moral education – to impart good citizenship.

America lost democracy when we placed exorbitant faith in the government and sheer power, instead of truth-seeking and the social fabric that grounds our institutions. Instead of going to each other, our neighbors, those with whom we disagree, we went to people who made us feel a sense of control in exchange for our liberties and republic. As we fed the beast of power, we lost stability and our way of life.

Socrates’ critique begins with the people, and its solution starts with us. We need to revive a narrative of togetherness and common identity; a love for truth and one another. Behind democracy’s survival is the conviction of the people to carry that terrible responsibility.

Suan Sonna is a freshman at Kansas State University who is currently studying philosophy, economics, and political science. His intellectual interests include moral philosophy, trust in democratic societies, and economic distributive justice from the perspective of the natural law tradition.