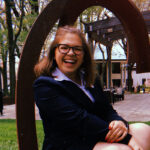 “Every once in a while, an issue comes along that clearly embodies the basic principles of democracy. Our voices cannot be heard in a system that distorts our representation. We share a responsibility to correct this systemic flaw…[to give] citizens a central role in creating a more representative democracy with the support of Arizonans statewide.” These are the arguments for Arizona’s proposition 106 which established an Independent Redistricting Commission to combat gerrymandering. This Independent Redistricting Commission is made up of 5 commissioners- two Republicans, two Democrats and an independent chairperson who draw districts start from scratch rather than from existing district lines. Ultimately, it is helping Arizona create more competitive districts allowing for the citizen’s votes to count.

Gerrymandering discourages citizens from voting in congressional elections by allowing the representatives to choose their voters. In 2000 Arizona citizens passed Proposition 106 which established the commission that redrew the lines after the 2010 census. At first, the new congressional district map was criticized for favoring the democratic party, but the constitutionality of the new map and the initiated constitutional amendment were upheld in the 2015 Supreme Court case Arizona State Legislature v Arizona Independent Redistricting Commission.

What makes the new congressional map so effective and unique in Arizona is that the commission valued competitivity over everything else which had never been done before. In Article 1 Section 14 of the Arizona Constitution, the redistricting process is outlined. In part F it states, “competitive districts should be favored where to do so would create no significant detriment to the other goals” originally this meant that the other qualifications had to be fulfilled first, but the Arizona Supreme Court  determined that competitively should take priority. As a result, districts were designed to create a competitive race between both parties, equalizing the number of democrats and republicans in each district. Because the commission was independent of the state legislature, the new district map was able to encompass as much competitivity as it could. As a result, Arizona now has 3 highly competitive districts, 2 usually democratic, and 4 typically republican districts.

This new system has allowed Arizona to take the lead in creating some of the least skewed district lines in America. According to the Associated Press, Arizona was ranked fourth-lowest in gerrymandering influence in the 2016 election. Another outcome of the new commision is that more candidates are gaining popularity because these candidates now have to cater to both republican and democratic parties. A prime example of this is Representative Kyrsten Sinema who is, according to the Lugar Center, is the sixth-most bipartisan member of the House, and the most bipartisan Democrat. In this upcoming 2018 midterm election Sinema is said to be running an independent platform even though she is under the democratic party. The independent redistricting commission and its increasingly competitive districts are fostering more bipartisan candidates. These standards for district lines could feasibly help thaw the intense polarization so often denounced in congress by encouraging more moderate candidates to run for office.

Other states should consider creating similar amendments to remove partisanship from the redistricting process. Arizona voters are now able to vote with the confidence their voice is being heard fulfilling their constitutional duty.

Hannah Dragon is a student at Arizona State University, Barrett, the Honors College. She is majoring in Earth and Space Exploration with a focus in Geological Sciences and is striving to work for the National Park Service one day. She is very passionate about politics and tries to stay as involved as possible and encourage others to make their voice heard.