Civil Discourse in the 21st Century 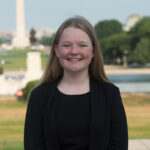 It seems every day there are new headlines proclaiming a pundit or politician had said something offensive or insensitive. The reaction to these words is often profound and fiery. The instinct to protect the affronted party usually takes form in the way of limiting the right to say hateful things altogether. Most would agree that in order to maintain civil discourse, the individuals participating in that discourse must be civil in their speech. However, what happens if the participants each have a different definition of what “civil” means? If not clearly defined, discourse may result in the use of abhorrent language.

The First Amendment broadly states, “Congress shall make no law‚ abridging the freedom of speech.” Through Supreme Court decisions, a few vague precedents have been set relating to the restriction of speech. One of the closest ways in which the Supreme Court has ruled on hate speech was in Snyder v. Phelps heard in 2010.

Matthew Snyder was a Marine Lance Corporal killed while serving in Iraq. Fred Phelps and his fellow members of the controversial Westboro Baptist Church came to Snyder’s funeral with picket signs reading “Thank God for dead soldiers” among other insensitive slogans. Albert Snyder, Matthew’s father, sued Phelps for defamation, invasion of privacy, and intentional infliction of emotional distress. The Supreme Court faced the question of whether the First Amendment’s Free Speech Clause protected Phelps’ hateful speech. In an overwhelming decision, the Supreme Court ruled 8-1 in favor of Phelps. The decision was based on the fact that, while disturbing, Phelps’ speech spoke to issues of importance in a national discussion of morality and beliefs. This meant the First Amendment provided constitutional protections despite the speech’s reprehensible form.

Chief Justice John Roberts spoke to this dichotomy, “As a nation, we have chosen a different course to protect even hurtful speech on public issues to ensure that we do not stifle public debate.” While we may find hate speech to be abhorrent, we cannot and should not stop it. When people engage in discourse, thoughts are provoked and beliefs are solidified. Arguably, discourse featuring controversial ideas is more provocative which acts to catalyze the solidification of beliefs. A better and enhanced understanding is obtained in these conversations which, by definition, is the purpose of discourse.

If we don’t protect other’s rights to say what they please, who is to say that anyone will protect our right to say what we please even if it is civil, morally upright, and just? As Chief Justice John Roberts said, “Speech is powerful.” It has the power to change minds, elicit emotion, and cause action. While hateful speech may be hard to stomach, it can call good people to action and result in a net positive for the good and betterment of American citizens and society.

Abigail Schoup is a first-year student at the University of Nebraska-Lincoln where she is studying biological systems engineering with an emphasis in biomedical engineering. She hopes to add a minor in history or political science by the time she graduates so she can pursue her passion for government, politics, and the Constitution. Abigail had the opportunity to travel to Washington, DC to participate in the Bill of Rights Institute Constitutional Academy where she was able to further develop her knowledge and love for the Constitution while learning more about government and civil discourse.