Blood on Our Hands 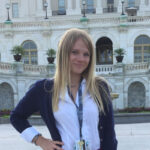 In modern American society, we tend to frequently use hyperbole to express how we feel. Some examples include: I’m starving, I’m parched, and this or that is to die for. Of course, when we say these things, we are typically speaking of a temporary condition in an exaggerated manner. This is because many of us have never known what it is like to be truly starving, parched, or have a near-death experience. Other parts of the world are not so fortunate.

Yemen is currently experiencing what the United Nations has christened “the worst man-made humanitarian crisis of our time.” The country is on the verge of famine with almost 18 out of 27 million people deemed to be food insecure. True dehydration encroaches as 16 million lack access to safe water. Finally, more than ten thousand have already paid the ultimate price, having died in combat for their beliefs. These tragedies are a result of a three year-long civil war between the Al Houthi rebels–a Shiite faction of Muslims–and the Yemeni government.

This war began when Al Houthi rebels seized Sana’a–the capital of Yemen–in January of 2015, sending Yemeni President Abd Rabbuh Mansur Hadi into exile in the Saudi capital, Riyadh. This dynamic prompted international powers to become involved, transforming Yemen into a proxy state with a decaying economy, dissolution of social structures and a dying people. In terms of their economy, the Yemeni civilians are experiencing blockades on all major ports, hyperinflation, and a repression of wages, most acutely affecting civil servants, who make up a quarter of the population and have not been paid since 2016. As for education and medicine, more than two million children are out of school and approximately sixteen million people lack access to basic health care. In terms of physiological conditions, Yemen civilians are experiencing famine and a cholera outbreak resulting from denied access to clean water. In total, twenty-two million people in need of humanitarian aid.

These abhorrent conditions can, unfortunately, be traced back to one source: Saudi Arabia. In 2015, Saudi Arabia intervened, taking sides with the internationally-recognized Yemeni government, the Hadi administration. Interestingly enough, the Saudis have presented their cause as relieving the suffering people of Yemen. Their execution of aiding the Yemenis, however, does not reflect this sentiment. For example, Saudi Arabia put a naval blockade on the northern Houthi-controlled ports of Hodeidah and Salif under the pretense of penalizing the Houthi behavior. Unfortunately, approximately 80% of Yemen’s imports enter the country via these ports; therefore, Saudi actions are ineffective in condemning the Houthis and currently serve only to create a larger Yemeni dependence on Saudi Arabia. In addition, the Saudis closed off the Sana’a airport from commercial aircraft in 2016, again asserting that it was to thwart the efforts of the Houthis. Ultimately, this action just inhibited Yemen’s ability to move goods into the country. Finally, Saudi Arabia has actually led airstrikes against Yemen, singing their siren song of “protecting the Hadi administration” all the while.

So why has the United States not attempted to stop the Saudis from fueling the socioeconomic instability in Yemen? The United States-Saudi Arabia Arms Deal.

In May of 2017, American President Donald Trump and Saudi Arabia King Salman bin Abdulaziz forged a billion-dollar arms deal in which the United States promised tanks, combat ships, missile defense systems, radar communications, and cybersecurity technology. Through this, the United States has strengthened relations with Saudi Arabia, sending the international message that we stand with them. This means that, not only is the United States indirectly perpetuating the civil war in Yemen, but also, the whole world is bearing witness to our infractions of international peacekeeping.

The United States must stop prioritizing allegiance to wealth and international esteem over basic human rights. We need to halt the sale of arms to Saudi Arabia and determine a plan for helping Yemen become self-sufficient. These actions are mandatory for both remedying our global image as well as retaining any residuals of morality our country has left.

The people of Yemen give a whole new meaning to the terms starving and parched. They know too well what it is like to have something to die for. If we truly descend from the architects of democracy, then we must not allow such conditions to persist.

Maureen Hartwell is a freshman at the University of Pittsburgh studying Political Science and Economics. She volunteers with Strong Women Strong Girls, contributes to the Pitt News, and is an undergraduate research assistant researching voter turnout and election fairness. She is originally from Harrisburg and will be returning there in the summer to research for the Pennsylvania General Assembly at Joint State Government Commission.