Does the Leaking of Government Information Pose a Threat to the United States’ National Security?

In 2010, the website WikLeaks leaked secret government information that a whistleblower had provided it that included details about the U.S. military involvement in the wars in Iraq and Afghanistan. The U.S. government immediately began an investigation and sought to arrest Julian Assange, the founder of WikiLeaks who played a role in publishing the documents. A British court recently ruled in favor of extraditing Assange back to the United States to face trial, and the news has again raised questions over if leaking secret government information is beneficial to American society or not.

Those who argue that the leaking of government information does pose a threat to the United States’ national security contend that people who leak government secrets risk releasing sensitive information to our foreign enemies. They argue that Assange and others like him use the guise of freedom of the press to dangerously release information that threaten the lives of both Americans and their allies. For example, they contend that part of the information Assange leaked included the names of undercover allies in the Taliban, whose identities were made known to the world.

Those who argue that the leaking of government information does not pose a threat to the United States’ national security contend that individuals who release government secrets are helping the American people keep their government accountable. They argue that the freedom of the press was designed in part to make sure the people can keep an eye on government actions. Since whistleblowers release information that the government wants to keep out of the view of the public, this side argues that their actions are patriotic. Finally, they may argue that while sensitive information may pose a threat to national security in small ways, the benefits of opening up government secrets far outweighs the negatives.

So, what do you think? Does the Leaking of Government Information Pose a Threat to the United States’ National Security? Students can answer Yes, they do; No, they do not; or a nuanced answer in between. Be sure to submit your answers by December 21st to have your answer be considered for this week’s contest.

The Guardian view on the US pursuit of Julian Assange: set him free 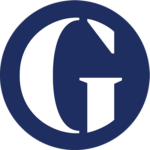 Assange is a spy, not a journalist. He deserves prison.