Letters between Thomas Jefferson and the Danbury Baptists (1802) 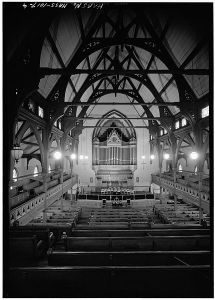 The address of the Danbury Baptists Association in the state of Connecticut, assembled October 7, 1801.

To Thomas Jefferson, Esq., President of the United States of America.

Among the many million in America and Europe who rejoice in your election to office; we embrace the first opportunity which we have enjoyed in our collective capacity, since your inauguration, to express our great satisfaction, in your appointment to the chief magistracy in the United States: And though our mode of expression may be less courtly and pompous than what many others clothe their addresses with, we beg you, sir, to believe that none are more sincere.

Our sentiments are uniformly on the side of religious liberty‐‐that religion is at all times and places a matter between God and individuals‐‐that no man ought to suffer in name, person, or effects on account of his religious opinions‐‐that the legitimate power of civil government extends no further than to punish the man who works ill to his neighbors; But, sir, our constitution of government is not specific. Our ancient charter together with the law made coincident therewith, were adopted as the basis of our government, at the time of our revolution; and such had been our laws and usages, and such still are; that religion is considered as the first object of legislation; and therefore what religious privileges we enjoy (as a minor part of the state) we enjoy as favors granted, and not as inalienable rights; and these favors we receive at the expense of such degrading acknowledgements as are inconsistent with the rights of freemen. It is not to be wondered at therefore; if those who seek after power and gain under the pretense of government and religion should reproach their fellow men‐‐should reproach their order magistrate, as a enemy of religion, law, and good order, because he will not, dare not, assume the prerogatives of Jehovah and make laws to govern the kingdom of Christ.

Sir, we are sensible that the president of the United States is not the national legislator, and also sensible that the national government cannot destroy the laws of each state; but our hopes are strong that the sentiments of our beloved president, which have had such genial effect already, like the radiant beams of the sun, will shine and prevail through all these states and all the world, till hierarchy and tyranny be destroyed from the earth. Sir, when we reflect on your past services, and see a glow of philanthropy and good will shining forth in a course of more than thirty years we have reason to believe that Americaʹs God has raised you up to fill the chair of state out of that goodwill which he bears to the millions which you preside over. May God strengthen you for your arduous task which providence and the voice of the people have called you to sustain and support you enjoy administration against all the predetermined opposition of those who wish to raise to wealth and importance on the poverty and subjection of the people.

And may the Lord preserve you safe from every evil and bring you at last to his heavenly kingdom through Jesus Christ our Glorious Mediator.

To messers. Nehemiah Dodge, Ephraim Robbins, & Stephen S. Nelson, a committee of the Danbury Baptist association in the state of Connecticut.

The affectionate sentiments of esteem and approbation which you are so good as to express towards me, on behalf of the Danbury Baptist association, give me the highest satisfaction. My duties dictate a faithful and zealous pursuit of the interests of my constituents, & in proportion as they are persuaded of my fidelity to those duties, the discharge of them becomes more and more pleasing.

Believing with you that religion is a matter which lies solely between Man & his God, that he owes account to none other for his faith or his worship, that the legitimate powers of government reach actions only, & not opinions, I contemplate with sovereign reverence that act of the whole American people which declared that their legislature should ʺmake no law respecting an establishment of religion, or prohibiting the free exercise thereof,ʺ thus building a wall of separation between Church & State. Adhering to this expression of the supreme will of the nation in behalf of the rights of conscience, I shall see with sincere satisfaction the progress of those sentiments which tend to restore to man all his natural rights, convinced he has no natural right in opposition to his social duties.

I reciprocate your kind prayers for the protection & blessing of the common father and creator of man, and tender you for yourselves & your religious association, assurances of my high respect & esteem.

Thomas Jefferson wrote to a letter to a Baptist Church from Danbury, Connecticut, in which he explained his beliefs about federalism and the meaning of the Establishment Clause. Jefferson did not address the subject of state-sponsored churches, but assured the congregation that the federal government could not interfere with their church or offer special favors to any particular sect.

He wrote, “I contemplate with sovereign reverence that act of the whole American people which declared that their legislature should ‘make no law respecting an establishment of religion, or prohibiting the free exercise thereof,’ thus building a wall of separation between Church & State.” This phrase became so famous that many have come to believe it is in the Constitution, though it is not. Jefferson’s letter has been used by the Supreme Court, including Justice Hugo Black as “almost an authoritative declaration” as to the Founders’ intent for the Establishment Clause. However, Jefferson’s views on the First Amendment are complicated; two days after he sent the letter, he attended a church service conducted in the House of Representatives. 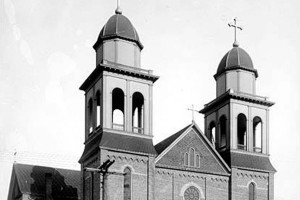 The Bill of Rights and Religion

Explores the First Amendment’s Establishment Clause and Free Exercise Clause, including studies of the Founders’ understanding of both. The unit explores the constitutionality of government action relating to religion as well as the relationship between the government and religious institutions. The unit also investigates instances where “free exercise” and “establishment” might conflict.