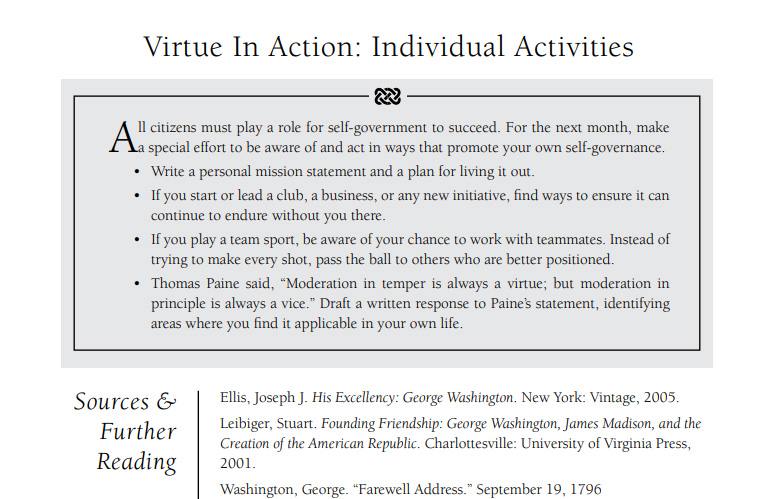 All citizens must play a role for self-government to succeed. For the next month, make a special effort to be aware of and act in ways that promote your own self-governance.

Virtue Across the Curriculum

Below are corresponding literature and film suggestions to help you teach this virtue across the curriculum. A sample prompt has been provided for the key corresponding work, and you are encouraged to create your own prompts for other suggested works.

“If” by Rudyard Kipling

How does the author define manhood? Are these qualities important only for men?