In order to understand the risks that August Landmesser took, students will need some background in Nazi rule of Germany, especially as related to the race laws that existed there in 1936, the date of the photo to be examined. People were expected to turn in and inform on people who resisted Nazi rule in any way.

Post and point out this question in the classroom: What is the significance of courage in a society built on democratic principles?

Gather students in a hallway, a gym, or a classroom in which you can create a clear path from one side to the other. Identify one end of the hallway (or room) as “strongly agree” and the opposite end as “strongly disagree.” Describe the space between those two ends as the continuum between those two positions, and identify a defined midpoint. Explain that you are going to read a series of statements, that students will listen to each entire statement and then, on your cue (Suggested cue: Say, “Choose a position and take your stand.”), choose a position and to go stand at the spot on the continuum or on either end, that represents his or her position: “Strongly Agree,” “Strongly Disagree,”… or somewhere in between.

Without commentary, but while acknowledging and encouraging student comments, return to the classroom and direct students to their seats.

Distribute the Courage Primary Source Analysis handout or project the photo on classroom screen. Conduct a close-reading of the photo, referring to the questions on the handout and allowing for additional discussion.

Distribute copies of August Landmesser’s Courageous Refusal Essay. Have students read the essay with a partner or in small groups and answer the questions on the Discussion Guide.

Distribute the From Where I Stood to Where I Stand handout. Make sure each student has two different colors of pen or pencil. Have each student indicate, in one color, the “hallway position” they chose for each statement. Then, with the second color pen or pencil, have them indicate the position they would take after considering August Landmesser’s story. Discuss why students initially chose the positions that they did, and if they changed positions after considering Landmesser’s story, why they did so.

The real “learning moment” would come with bringing the Landmesser picture back up and discuss where students moved. Do they see a comparison between their choices and August’s choice? That if they knew moving in the “positive” direction had a personal cost, would they still take it?

Ask students to think about these questions, but not necessarily to respond out loud: What is the significance of courage in a society built on democratic principles? What is your personal response to situations requiring courage?

Distribute the Courage Worksheet and have students write their personal response to Landmesser’s demonstration of courage.

Read the dialogue below and answer the following questions:

Loki: Kneel before me. I said, KNEEL!

[everyone becomes quiet and kneels before him]

Loki: Is not this simpler? Is this not your natural state? It’s the unspoken truth of humanity, that you crave subjugation. The bright lure of freedom diminishes your life’s joy in a mad scramble for power, for identity. You were made to be ruled. In the end, you will always kneel.

German Old Man: [defiantly rises] Not to men like you!

German Old Man: There are ALWAYS men like you! 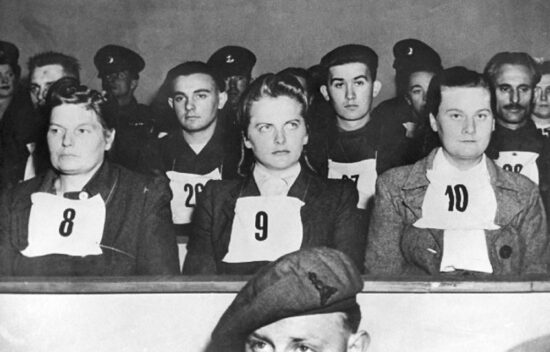 The Self-Deception of Irma Grese

In this lesson, students explore the problem of self-deception in the context of the World War II Holocaust. They consider how ordinary men and women can be indoctrinated to commit inhuman evil, and discuss how we can guard against ideologies that lead to these behaviors. 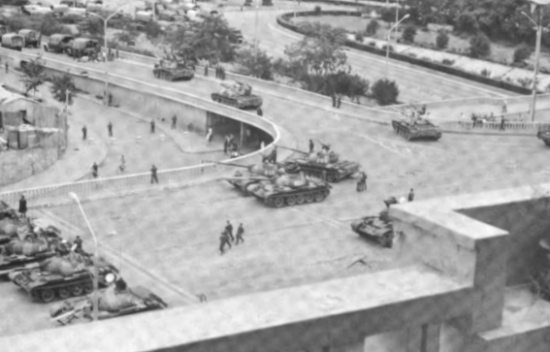 An exploration of the virtue of courage using the example of an anonymous individual who refused to yield to a tank during the crackdown on protesters at Tiananmen Square. 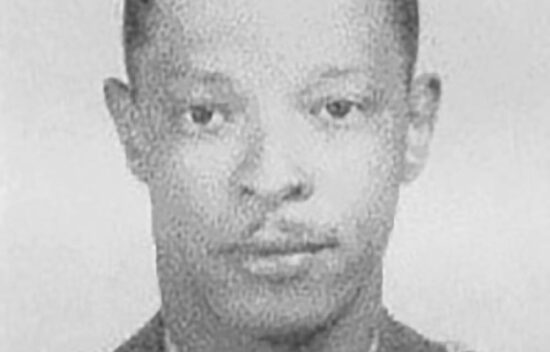 Courage Under Fire: The Selfless Decision of John Robert Fox

In this lesson, students will learn about the actions of John Robert Fox during the Italian campaign during World War II. Through his example, students will understand how they can act more selflessly in their own lives. 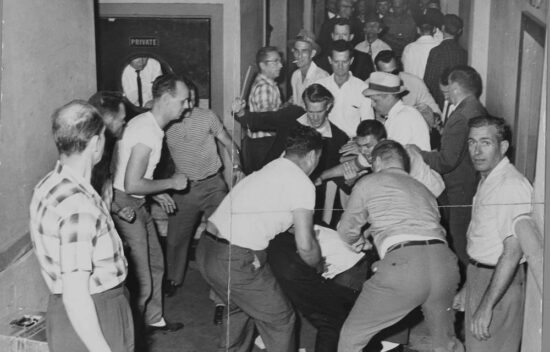 We are not Afraid and We Shall Overcome: The Freedom Rides and Courage

In this lesson, students will consider the courage of Freedom Riders in the early days of the Civil Rights movement of the 1960s, and how they themselves can act courageously in their own lives.