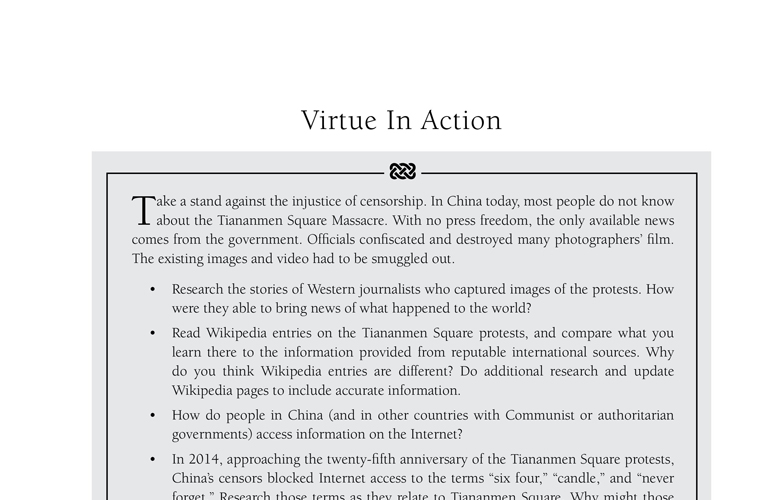 Take a stand against the injustice of censorship. In China today, most people do not know About the Tiananmen Square Massacre. With no press freedom, the only available news Comes from the government. Officials confiscated and destroyed many photographers’ film. The existing images and video had to be smuggled out.