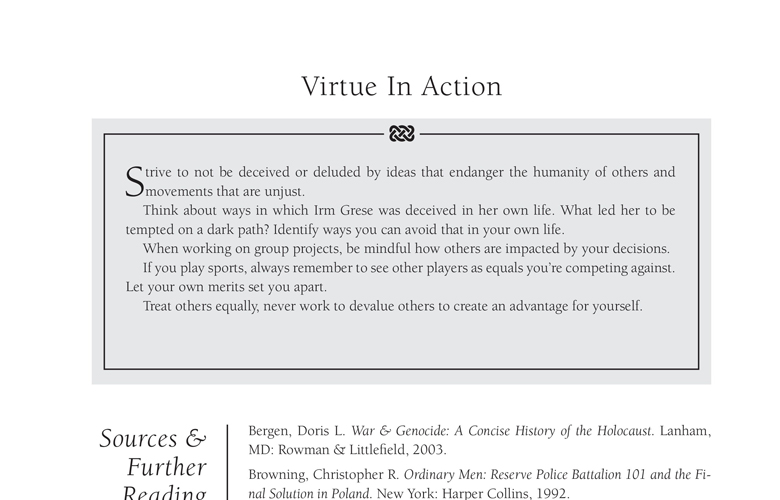 Strive to not be deceived or deluded by ideas that endanger the humanity of others and movements that are unjust.

Think about ways in which Irma Grese was deceived in her own life. What led her to be tempted on a dark path? Identify ways you can avoid that in your own life.

When working on group projects, be mindful how others are impacted by your decisions.

If you play sports, always remember to see other players as equals you’re competing against. Let your own merits set you apart.

Treat others equally, never work to devalue others to create an advantage for yourself.