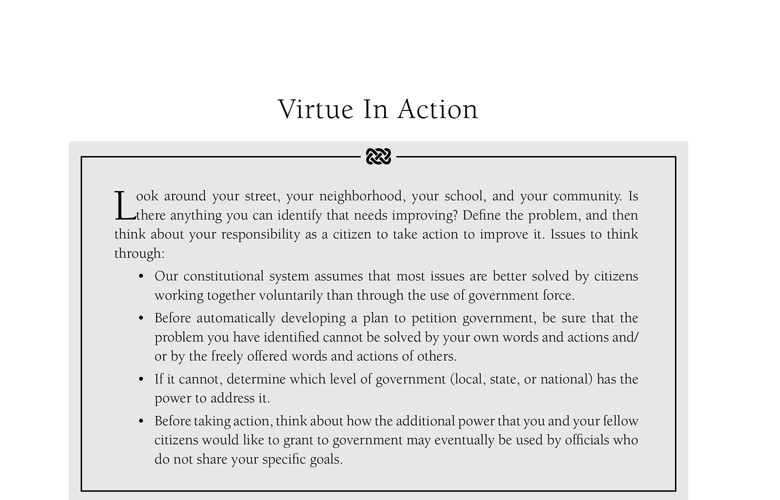 Look around your street, your neighborhood, your school, and your community. Is there anything you can identify that needs improving? Define the problem, and then think about your responsibility as a citizen to take action to improve it. Issues to think through:

Douglass, Frederick. Narrative of the Life of Frederick Douglass. Under. ed. N.p.:
Dover, 1995.