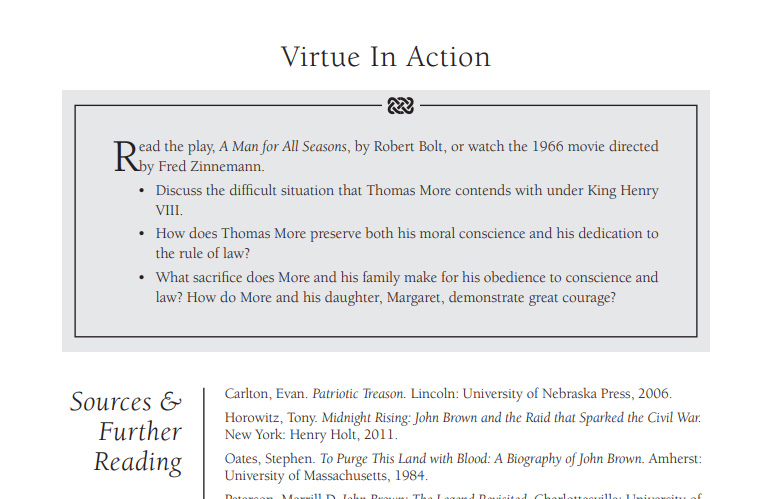 Read the play, A Man for All Seasons, by Robert Bolt, or watch the 1966 movie directed by Fred Zinnemann.