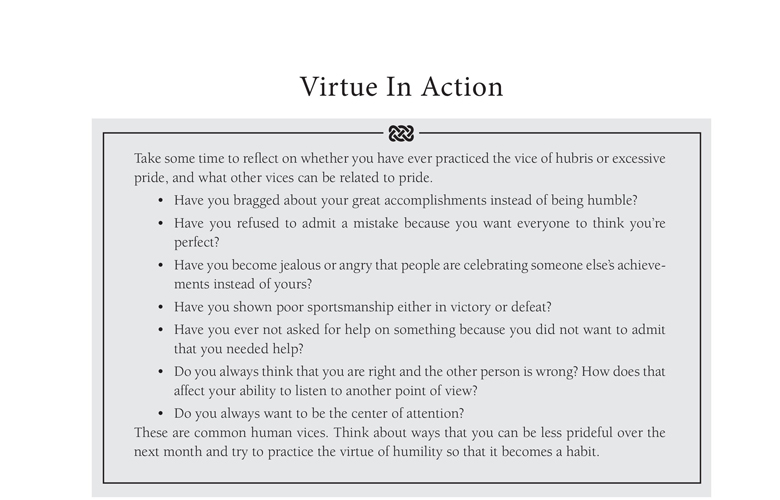 Take some time to reflect on whether you have ever practiced the vice of hubris or excessive pride, and what other vices can be related to pride.

These are common human vices. Think about ways that you can be less prideful over the next month and try to practice the virtue of humility so that it becomes a habit.

Brands, H.W. The General vs. the President: MacArthur and Truman at the Brink of Nuclear War. New York: Doubleday, 2016.

Klein, Christopher “MacArthur vs. Truman:  The Showdown That Changed America” See https://www.history.com/news/macarthur-vs-truman-the-showdown-that-changed-america for a short and very useful summary of the issues.