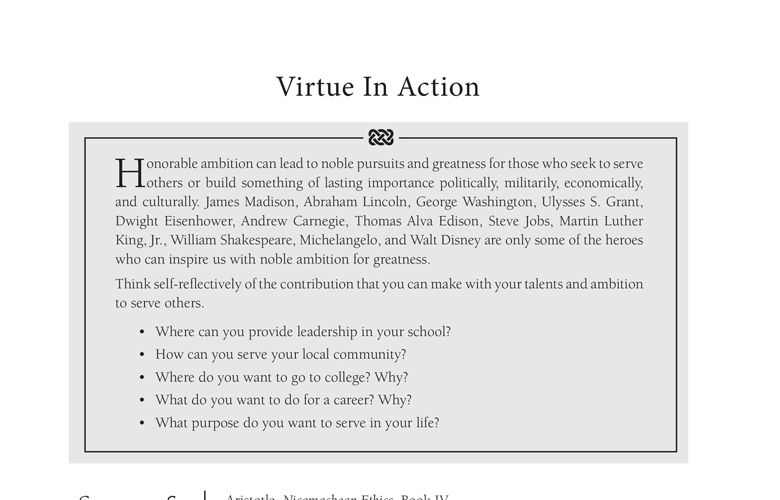 Honorable ambition can lead to noble pursuits and greatness for those who seek to serve others or build something of lasting importance politically, militarily, economically, and culturally. James Madison, Abraham Lincoln, George Washington, Ulysses S. Grant, Dwight Eisenhower, Andrew Carnegie, Thomas Alva Edison, Steve Jobs, Martin Luther King, Jr., William Shakespeare, Michelangelo, and Walt Disney are only some of the heroes who can inspire us with noble ambition for greatness.

Think self-reflectively of the contribution that you can make with your talents and ambition to serve others.

Wheel an, Joseph. Jefferson’s Vendetta: The Pursuit of Aaron Burr and the Judiciary. New York: Caroll and Graf, 2004.