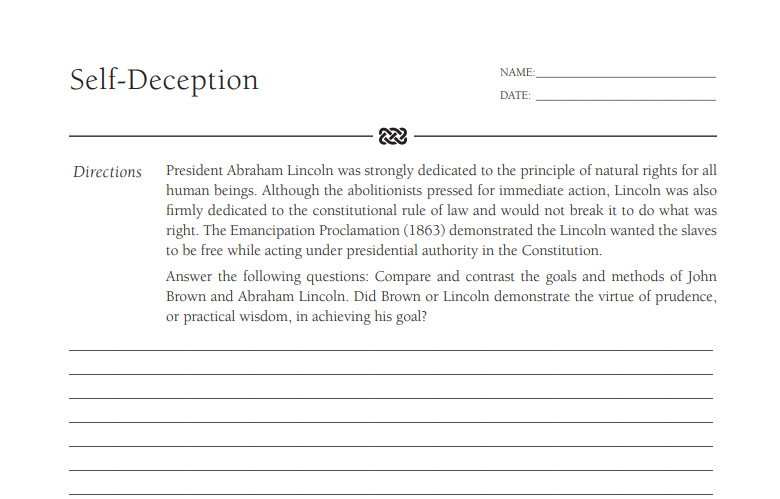 Directions
President Abraham Lincoln was strongly dedicated to the principle of natural rights for all human beings. Although the abolitionists pressed for immediate action, Lincoln was also firmly dedicated to the constitutional rule of law and would not break it to do what was right. The Emancipation Proclamation (1863) demonstrated the Lincoln wanted the slaves to be free while acting under presidential authority in the Constitution.

Answer the following questions: Compare and contrast the goals and methods of John Brown and Abraham Lincoln. Did Brown or Lincoln demonstrate the virtue of prudence, or practical wisdom, in achieving his goal?

“This country’s planted thick with laws from coast to coast…and if you cut them down-and you’re just the man to do it-d’you really think you could stand upright in the winds that would blow then?”
–SIR THOMAS MORE IN ROBERT BOLT, A MAN FOR ALL SEASONS
HEROES & VILLAINS: THE QUEST FOR CIVIC VIRTUE