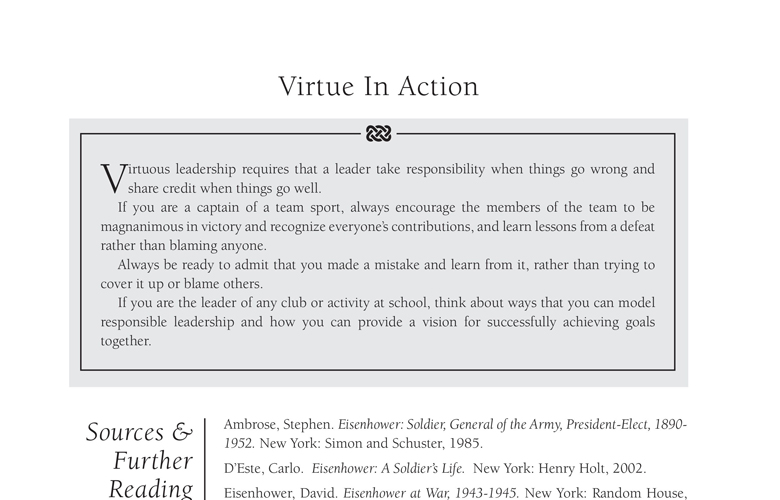 Virtuous leadership requires that a leader take responsibility when things go wrong and share credit when things go well. If you are a captain of a team sport, always encourage the members of the team to be magnanimous in victory and recognize everyone’s contributions, and learn lessons from a defeat rather than blaming anyone. Always be ready to admit that you made a mistake and learn from it, rather than trying to cover it up or blame others. If you are the leader of any club or activity at school, think about ways that you can model responsible leadership and how you can provide a vision for successfully achieving goals together.