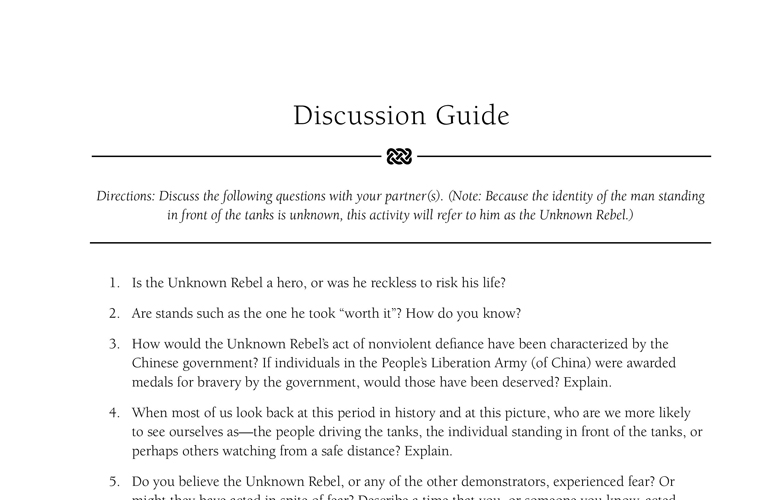 Discuss the following questions with your partner(s) (Note: Because the identity of the man standing in front of the tanks is unknown, this activity will refer to him as the Unknown Rebel.)